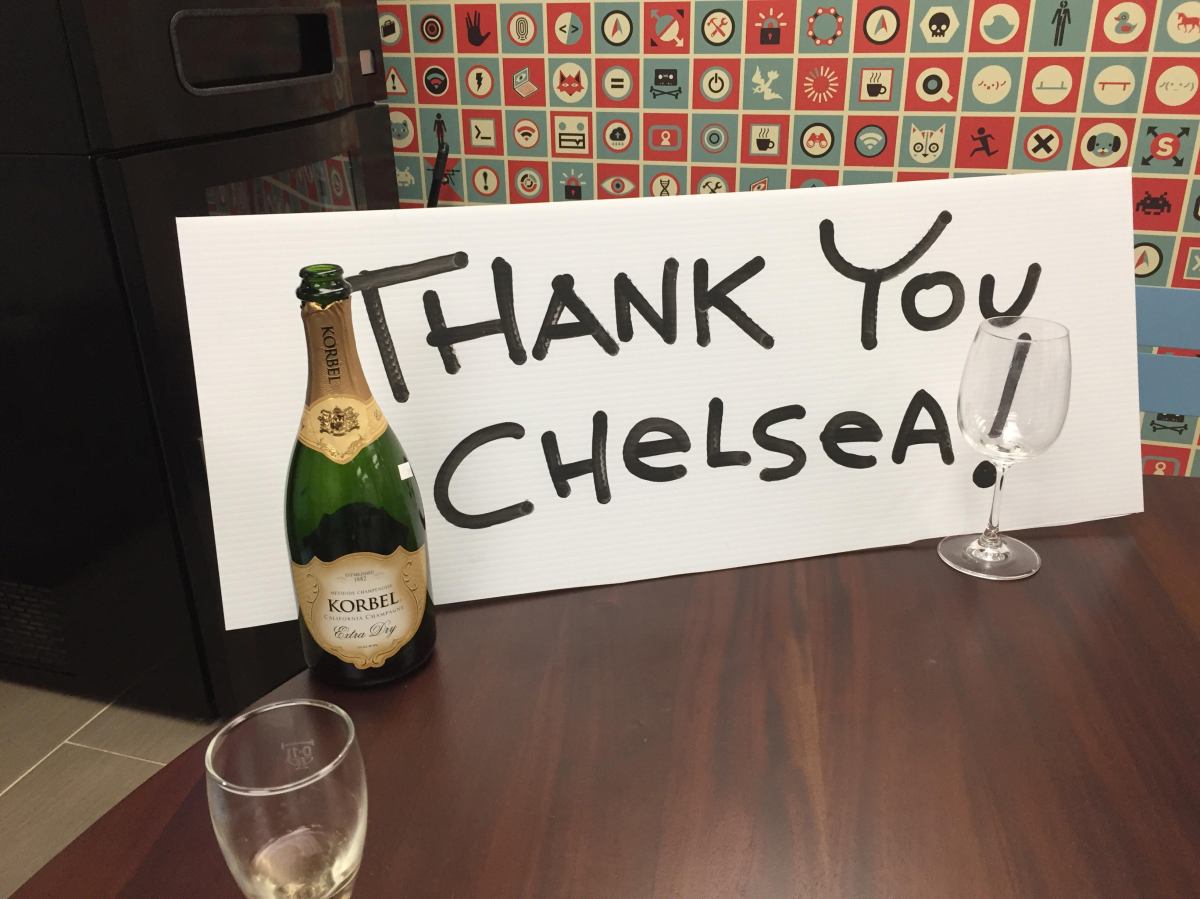 President Obama announced that he would commute Chelsea Manning’s sentence today. Instead of spending another 28 brutal years in a military prison for men, she’ll walk free in just a few months.

Chelsea inspired me, and her actions forever changed my life. I remember watching the Apache helicopter video of American soldiers gunning down unarmed people in Iraq, including a Reuters journalist and two children. It fundamentally changed how I saw America’s overseas wars.

I believed strongly that this video belonged in the public. People who elect our government had a right to see what was being done in our name. They had a right to decide for themselves if they agreed with our foreign policies. The day it was published by Wikileaks, I sent it to pretty much everyone I knew.

In late May 2010, Manning was detained. Sometime around June 10th or 11th, word leaked out to the press that an Army analyst named “Bradley Manning” was being charged with leaking classified documents to WikiLeaks. On June 11th, an anarchist in Bratislava named Mike Gogulski put up a blog post on BradleyManning.org—a domain he had just registered—linking to the Apache helicopter video. On June 13th, he put out a blog post asking for volunteers.

He said he needed writers:

“We need people writing on-topic, current material on an ongoing basis. Articles could be published here either under your name or pseudonymously, and material already published elsewhere is welcome.”

I decided to send an email.

At the time, just sending that first email seemed scary. Manning was being labeled a traitor, and I was living in the military-heavy town of San Diego and thinking I might one day apply for a job at the Federal Trade Commission. I thought getting involved with Manning’s campaign might land me on some government watch list, or hurt future career opportunities.

Instead, I was swept up, and the campaign we built together over the coming weeks, months, and years took over my life.

My friend Charles Langley, who was the first person I talked to about wanting to do something about Chelsea Manning, said at the time that he feared I’d bitten off more than I could chew. I replied that life was about biting off more than you can chew.

Today, looking back over the beauty, mess, and weirdness of the last six and a half years, I still believe it. Life is definitely about biting off more than you can chew.

It boggles the mind to think how far we came with the Chelsea Manning Support Network. In some ways, we were squaring off against the United States government itself, with its seemingly infinite resources. As the trial dragged on for years, we had to fundraise for every dollar to cover legal fees, buy supplies to send mailings, and pay a pittance to a small group of overworked, dedicated, wonderful organizers who used every scrap of bravery and creativity imaginable to advance the public’s knowledge of Chelsea Manning.

That campaign included billboards, flash mobs, banner drops, rallies, viral videos, and one full page ad in the New York Times. I remember working late in the night to help craft a letter to propose Chelsea Manning for the Nobel Peace Prize, stepping onto a soap box with a bullhorn for the first time in my life, waking up to calls from supporters in other time zones, and sitting in a court room furiously scribbling notes during Chelsea’s pretrial hearing and court martial.

Even as I continued my work with the Chelsea Manning Support Network, I shifted more of my energy to the Freedom of the Press Foundation over the last few years, where I continued working to raise awareness about Chelsea. We brought the world Chelsea’s voice in court, leaked anonymously to us, and we also launched a crowd-funding campaign to send court reporters to document Chelsea’s entire court martial. Between the two organizations, we covered the overwhelming majority of Chelsea’s legal fees.

Working on the Chelsea Manning campaign, I learned to believe in the transformative power of hope. And also the importance of clear delegation, well-run conference calls, and getting good photos at public events.

I also learned that heroes are fictional. No matter how awe-inspiring someone seems on paper, we’re all human. In many ways, I appreciated Chelsea even more as I got to know her over the last year, and discovered that she was funny, sensitive, gentle, and deeply intelligent—not someone to put on a pedestal, but someone to trust and talk to as a friend.

I wish that we had won Chelsea’s freedom in court. I wish that she’d received a sentence of time served at her court martial, and that she could have walked out of prison free years ago. As Trevor and I wrote earlier today, “Whistleblowers acting in the public interest should not be beholden to the president’s whims. Instead, fair laws should ensure strong protections for whistleblowers who shed light on human rights abuses, war crimes, corruption, and government deception.”

Even as Chelsea Manning prepares to leave prison, many others await justice. Among them is Edward Snowden, a young man who responsibly disclosed documents about intelligence abuses and has been in exile for years as a result. His campaign—which is far prettier and better organized than anything we ever made for the Chelsea Manning Support Network—is at PardonSnowden.org.

The last 6 years, I’ve been continually inspired by not just Chelsea, but the dedicated group of people working—often with no appreciation—in defense of Chelsea Manning. There are too many to name, but I have to acknowledge a few who have every right to celebrate today. Above all, Jeff Paterson, Project Director of Courage to Resist. I truly believe no one on earth handles a crisis better than Jeff, which is lucky since we had more than our fair share.  Also, David Coombs, Chelsea’s first attorney, who gave everything to her case for many years.

So many people spent years fighting to raise awareness about Chelsea’s case. These include (in no order whatsoever) Daniel Ellsberg, Mike Gogulski (OMG Mike did this really just happen really?), Emma Cape, Trevor Timm, Alexa O’Brien, Evan Greer, Chase Strangio, Nancy Hollander, the amazing individual who is too private for me to name publicly but knows how much I value them, Gerry Condon, David Solnit, Kevin Zeese, Michael Thurman, Charlotte Sheasby-Coleman, Logan Price, Jonathan Matthew Smucker, Owen Wiltshire, Nathan Fuller, Melissa Keith, Farah Muhsin, Gary Virginia, Leez, Martin MacKerel, and the rest of Get Up Street Theater, Bob Meola, and Michael Moore. I know I’m forgetting a ton of names, and I’m sorry, but it’s late and I’m still dizzy with gratitude. There were also stellar journalists covering this case, and while I can’t name them all, Glenn Greenwald, Kevin Gosztola, Denver Nicks, and Charlie Savage were especially dedicated to ensuring the public understood this case.

Many organizations other than the Chelsea Manning Support Network  and Freedom of the Press Foundation fought hard to ensure justice for Chelsea, including Courage to Resist, Demand Progress, Fight for the Future, ACLU, EFF (my full time job), and Amnesty International. I know there are many others, these are just the few I worked with most closely.

And finally, a special thanks to Michael Ratner, a tireless advocate for Chelsea Manning until his death. I know he would have been proud to be here today.

Welcome! I’m so glad you’re taking the time to visit.

This blog is a patchwork of different issues I find interesting: from data privacy and human rights to backpacking to prison reform to organizational development.

You can also fine me on Twitter and LinkedIn.

Looking for my nonprofit management work? Check out Groundwork Consulting.